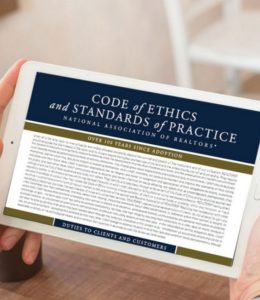 In 1974 the National Association of Realtors adopted Article 10 in the code of ethics which stated that members should not deny service based on race, creed, sex or national origin.

The National Association of Realtors had for quite some time played a role in maintaining discriminatory practices in homeownership.
Many factors played into NAR’s resistance: historic prejudice, the belief that property values were more stable if neighborhoods were occupied by the same racial/social classes and the argument that people should be free to refuse to sell or rent a home to anyone for any reason — even if the decision was based on race.

NAR actively fought passage of the Fair Housing Act. “The opposition coming from our industry was you’re forcing us to sell to people we don’t want to sell to,” stated Fred Underwood of NAR. However, since 1974 NAR had taking huge steps in becoming advocates for Fair Housing and have made amendments to Article 10. The most recent of which was in November 2020 where the article was expanded to include hate speech.

REALTORS® must not use harassing speech, hate speech, epithets, or slurs” against members of those protected classes.

Learning From Our Past: The History of the Fair Housing Act

John E. (Jack) Nail, a successful African-American Harlem, New York realtor, was born in New London, Connecticut in 1883. His parents, Elizabeth and John B. Nail, moved to New York City where the senior Nail bought a hotel, restaurant, and billiard parlor after working for a time in a gambling house. His entrepreneurial endeavors made an early impression on John as he was growing up.

In 1911, Nail and his pastor, Rev. Hutchens C. Bishop of St. Philips Episcopal Church, made a series of real estate purchases in Harlem totaling $1,070,000. These deals, helped by Bishop’s ability to pass for white, allowed land for a new church and for church-owned apartment buildings that would be rented out to tenants. As blacks increasingly moved into Harlem after 1915, Nail and his associates purchased more property. Despite the emphasis on home purchases, Nail soon realized that most new black Harlemites were hungry for, and could only afford, apartments. By 1925, Nail and Associates owned and managed around fifty apartment complexes and had an annual income of $1 million. They also helped to develop Harlem by funding the Harlem branch of the YMCA, helping small businesses in the area, and building up Harlem’s local bank. Learn More 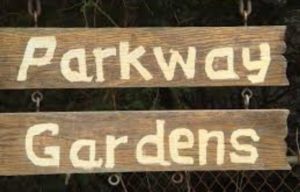 Although Mrs. Bernard had passed the bar in 1923 and was therefore licensed to practice law, the laws at that time forbade African-Americans from actually practicing law. Therefore, she became a school teacher. In the 1950s and 1960s more African-Americans came. The growing African-American presence was met with overt as well as covert protest with occasional terroristic activity such as cross burnings by members of the White community.
Learn More 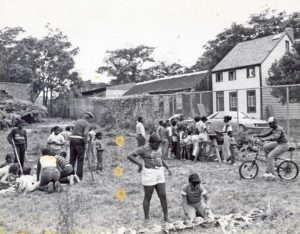 Weeksville is a historic neighborhood founded by free African Americans in what is now Brooklyn, New York. Today it is part of the present-day neighborhood of Crown Heights.
Weeksville was named after James Weeks, an African American stevedore [1] from Virginia. In 1838 (11 years after the final abolition of slavery in New York State)[2] Weeks bought a plot of land from Henry C. Thompson, a free African American and land investor, in the Ninth Ward of central Brooklyn. Thompson had acquired the land from Edward Copeland, a politically minded European American and Brooklyn grocer, in 1835.[3]Previously Copeland bought the land from an heir of John Lefferts, a member of one of the most prominent and land-holding families in Brooklyn.[4] There was ample opportunity for land acquisition during this time, as many prominent land-holding families sold off their properties during an intense era of land speculation.[3] Many African Americans saw land acquisition as their opportunity to gain economic and political freedom by building their own communities.[4] The NYC Parks website confuses[5]Weeks with a man of the same name who lived 1776-1863.[6] Learn More 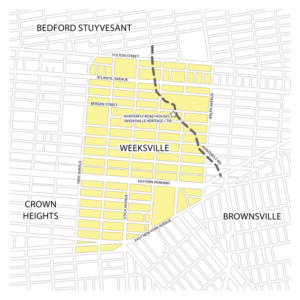 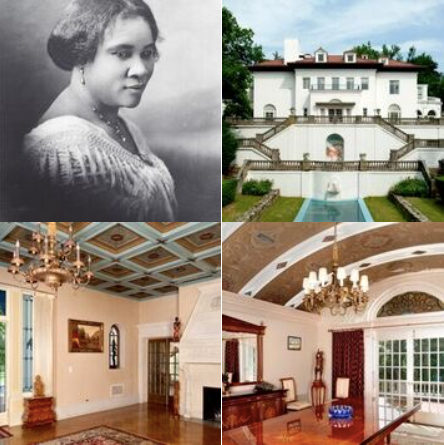 Born Sarah Breedlove in 1867 in Delta Louisiana, where her parents and elder siblings were enslaved, Madam Walker would become a cosmetics and business pioneer. Developing beauty and hair products for black women, Madam Walker trained nearly 23,000 sales agents and workers, serving customers in the United States, Central America, and the Caribbean. Recognized by the Guinness Book of Records for being America’s first, self-made female millionaire, Madam Walker’s achievements in the face of racial challenges of 20th century America are impressive and without comparison. The preservation of Villa Lewaro reminds us about her remarkable life once lived. Learn More
In Irvington, New York, there stands Madam C. J. Walker’s “Villa Lewaro,” a restored historic residence that embodies the optimism and perseverance of the American entrepreneurial spirit. The New York estate has been purchased by an organization founded by the owner of Essence magazine.
Sag Harbor

In the 1940s and 1950s, subdivisions in Sag Harbor Hills, Azurest and Ninevah, collectively known as SANS, became a summer home destination for upper- and middle-class African-Americans, many of them doctors, lawyers and dentists.

When Jim Crow laws left few recreational options for African-Americans, the founding residents created these unique communities on underdeveloped land at the outskirts of Sag Harbor Village, which to this day have more than 300 houses. The summer houses gave black Americans a place of their own.

SANS has been besieged by redevelopment in recent years, but about 20 of the original families still maintain homes there today. Mr. Dudley said developers have been trying to buy out the elderly residents in particular. Learn More 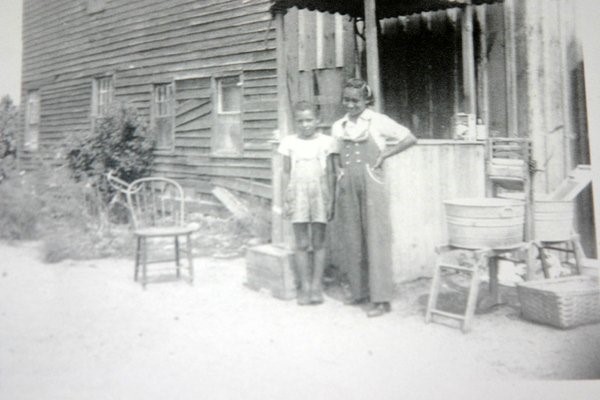 In the 1600s, the Dutch West India Company brought over slaves from Angola, Congo, and Guinea, and by the mid-17th century, a village called the Land of the Blacks saw 30 African-owned farms in modern-day Washington Square Park. The Land of the Blacks also included what is now Chinatown, Little Italy, and SOHO. It was created as a buffer area by Dutch Governor Willem Kieft when white people vacated the area due to Kieft's war the native Lenape tribe, and was closed down and taken by anti-black laws after the New York Slave Revolt Of 1712. Learn More

Current view of Minetta Lane, once central to the Land of the Blacks 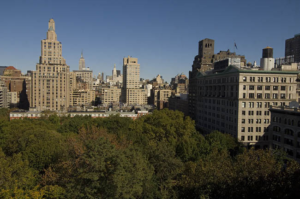 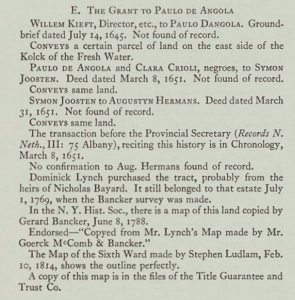 Paulo d’Angola came to New Amsterdam on the first ship bringing enslaved people to this region in 1626. Nearly twenty years later, d’Angola and others in this group successfully petitioned the Dutch West India Company for their freedom. Then, on July 14, 1645, d’Angola was granted a six acre plot of farmland in and around what is today Washington Square Park. While several other formerly enslaved individuals won their freedom and these land grants in the weeks and months before him, most of the land they were given was a bit further south, in what would today be called the Lower East Side, SoHo, and Tribeca. This made d’Angola the very first non-Native American settler in the heart of what is today Greenwich Village. His story is part of a critical, but largely forgotten, history of enslavement and early Black land ownership in our neighborhoods. Learn More 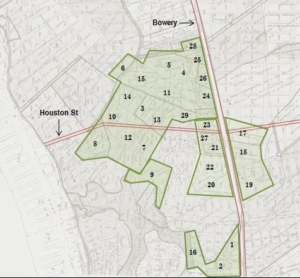 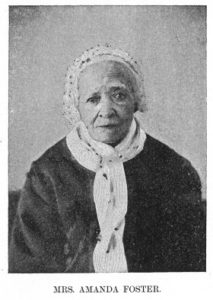 The Foster Memorial AME Zion Church is located on Wildey Street in Tarrytown, New York, United States.[1] Formed in 1860, it is the oldest black church in Westchester County and possibly one of the oldest in the state. During the Civil War it was a stop on the Underground Railroad. Amanda Foster, is considered the “Mother of the Church.” She was the driving force in the formation of the congregation, whose first meetings were held in her Tarrytown confectionery. Learn More 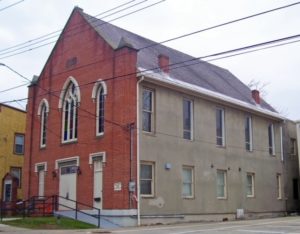 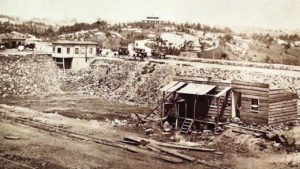 Before Central Park was created, the landscape along what is now the Park’s perimeter from West 82nd to West 89th Street was the site of Seneca Village.

For African-Americans, Seneca Village offered the opportunity to live in an autonomous community far from the densely populated downtown. Despite New York State’s abolition of slavery in 1827, discrimination was still prevalent throughout New York City, and severely limited the lives of African-Americans. Seneca Village’s remote location likely provided a refuge from this climate. It also would have provided an escape from the unhealthy and crowded conditions of the City, and access to more space both inside and outside the home. Learn More 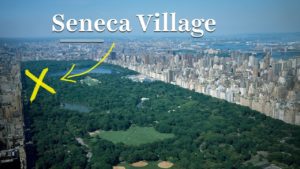 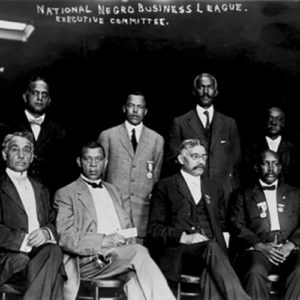 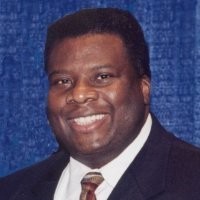 Charles McMillan, a REALTOR® from Irving, Texas, was the 2009 President of the National Association of REALTORS®.

Edward William Brooke III (October 26, 1919 – January 3, 2015) was an American Republican politician. In 1966, he became the first African American popularly elected to the United States Senate. He represented Massachusetts. He co-wrote the Civil Rights Act of 1968, which prohibits housing discrimination.

William Warley was a civil rights activist and editor of the Louisville News, which he founded in 1913. He was also a party to a U.S. Supreme Court Case, Buchanan v. Warley which was considered a crucial first step toward ending racial discrimination in housing in the U.S. 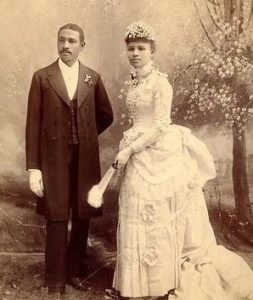 Bruce's Beach was a beach resort in the city of Manhattan Beach, California, that was owned by and operated for African Americans. It provided the African American community with opportunities unavailable at other beach areas because of segregation. 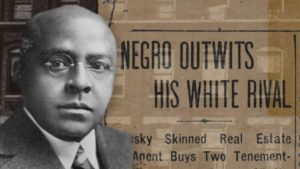 A real estate magnate who turned Harlem into a black mecca. He was known as "The Father of Harlem". 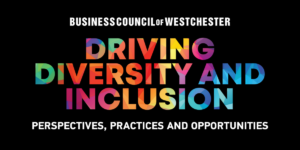 HGAR has partnered with the Business Council of Westchester: Driving Diversity and Inclusion-Perspectives, Practices and Opportunities